While the term “target letter” is really a blanket term, there have actually existed many different kinds of target letters over the years and from various sectors of the United States Department of Justice. In any case, it’s a letter through which the government can inform a person that one is now the target of an investigation. 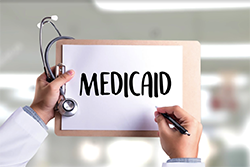 What Is A Target Letter?

An individual can be targeted if the grand jury or a prosecutor have a significant amount of evidence tying the individual to a particular crime. It’s important to recognize that not every letter you receive from the Justice Department is a target letter, and you should seek legal counsel if you cannot determine whether or not the letter you receive is in fact a target letter.

What Should I Do If I Receive One?

Once an individual receives a target letter, there are many common mistakes one can make, and you can avoid those mistakes by adhering to the following advice. It’s crucial to keep your composure and not become alarmed. Just because you’ve received a target letter doesn’t mean that you have been formally charged with a crime. Based on this specific document alone, you will not face arrest. Actually, some people who receive target letters never face criminal charges at all. The target letter just warns you that you are likely to be indicted in the future based on evidence that has most likely already been collected.

This is true beyond your conversations with US federal agents, and also applies to conversations with other individuals if they are later subpoenaed at trial, or in front of the grand jury. There are two ways your words can be used against you. Firstly, the prosecution can twist your words into self-defamation. Moreover, if the people you choose to engage in conversation with are probable witnesses in the case you received the target letter regarding, the prosecution can potentially accuse you of obstruction of justice. Consult with your attorney to get a better understanding of which topics you should or should not disclose with these people.

What Should I Do With Any Relevant Documents I Have?

It’s also especially important not to destroy or delete any documents pertaining to the case at hand. This is a serious crime. Obstruction of justice is not to be taken lightly and can include changing values important to the US government in a spreadsheet, modifying files, shredding physical documents and other mishandling of potential evidence.

Alternatively, if the government is not completely set on prosecuting you, your lawyer has some leeway. The attorney can meet with the prosecutor and the federal agent, and then together with you, come up with a presentation for the prosecutor about why you shouldn’t be prosecuted.

In any case, remember to be cautious regarding what information you choose to divulge to both the prosecution and to people you may know. Don’t destroy any evidence, and remember that you have options. Upon receiving a target letter, contact your attorney right away, and plan on how to tackle this head-on.