In today’s world, public healthcare programs require a very large expenditure of taxpayer dollars. Put in perspective, programs like Medicare and Medicaid accounted for 17.9 percent of the American GDP – over $2.6 trillion – nearly a decade back and in 2013, health spending was projected to grow at an average rate of 6.2 percent annually from 2015-2021. Naturally, in an industry with such a huge amount of cash flowing and a lot to be gained, there is rife corruption. In fact, there was a huge exposure to Medicaid fraud just last year. According to the official website of the U.S.’ Office of Inspector General, the so-called “2017 National Health Care Fraud Takedown” was unprecedented in the number of accused persons and the sum of money involved. In July of 2017, over 400 defendants in 41 federal districts were charged with participating in fraud schemes involving more than $1.3 billion in false billings to Medicare and Medicaid. That is why it is important for people to understand common types of health care fraud in order to avoid it in the future. 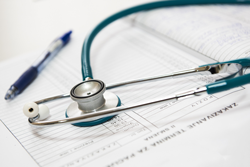 Billing for services not rendered

This is one of the most common types of provider fraud, as it is rather easy to claim services that were never performed just to squeeze some extra cash from the government. Fraudulent provider billing, duplicate billing, and billing for services not medically necessary comprised 46 percent of provider fraud cases in 2016. Interviewing the affected patients can help to clarify the dates in which they visited the doctor. Either way, if the provider exhibits a pattern of incorrect billing with no supporting evidence, that is a good way to display to the court their bad faith, even in more complex fraud schemes.

Incorrectly relaying what kind of procedures patients receive is unfortunately common as well. An example of this is consciously saying that a patient of age who fell at home has head trauma when you know it is not true so that more procedures are required, like blood work and CT scans, in order to pocket some extra money. Another common way to bilk money from Medicaid is known as “unbundling”. Consider how a store or restaurant may offer a deal where some items together cost less when you buy them in a bundle rather than individually. Similarly, providers who engage in fraud often charge a comprehensive code plus more component codes which can often significantly increase the cost of procedures.

Kickbacks – a form of bribery – is the practice of quid pro quo to increase profitability for a provider. In 2016, around 20% of medical fraud cases involved kickbacks; that illegal under the False Claims Act, a federal law that imposes liability on persons and companies who defraud public programs. The most common use of kickbacks is to get patient referrals in exchange for compensation. Unfortunately, it is hard to prove because it often involves backhanded rewards that are hard to prove, such as paid vacations, gifts, or cash-in-hand deals without any documentation. However, there are many examples of kickback fraud that have successfully been proven. One example from 2017 is four Houston-based hospitals that took kickbacks from local ambulance companies in exchange for rights to the hospitals’ Medicare and Medicaid transport referrals, which are a more profitable venture. They were ordered to pay $8.6 million to settle allegations.

Being that the United States has been said to be in the middle of a “medication crisis,” this type of conviction is particularly important. Over 10% of health care fraud cases in the United States have been involved with over medicating patients, or prescribing patients certain medications that are not necessary for their treatment.

While most news stories and scandals revolve around the provider being caught doing something unscrupulous, patients also often misuse the system for their own gain.

Below are some of the most common examples of patient fraud:

It is important to remember that fraud will be common practice in an industry as big as healthcare, and examples of this happening on a large scale repeat every year without fail. However, while there are many types of health care fraud, the ones that are most important to common people are the types that can affect your health directly, namely the over prescription of drugs; secondary is fraud types that affect the regular person’s wallet, like unbundling and billing / performing for procedures not needed and/or not even performed.  From a recipient’s perspective, health care fraud is a serious crime that can result in sizable fines and even jail time.