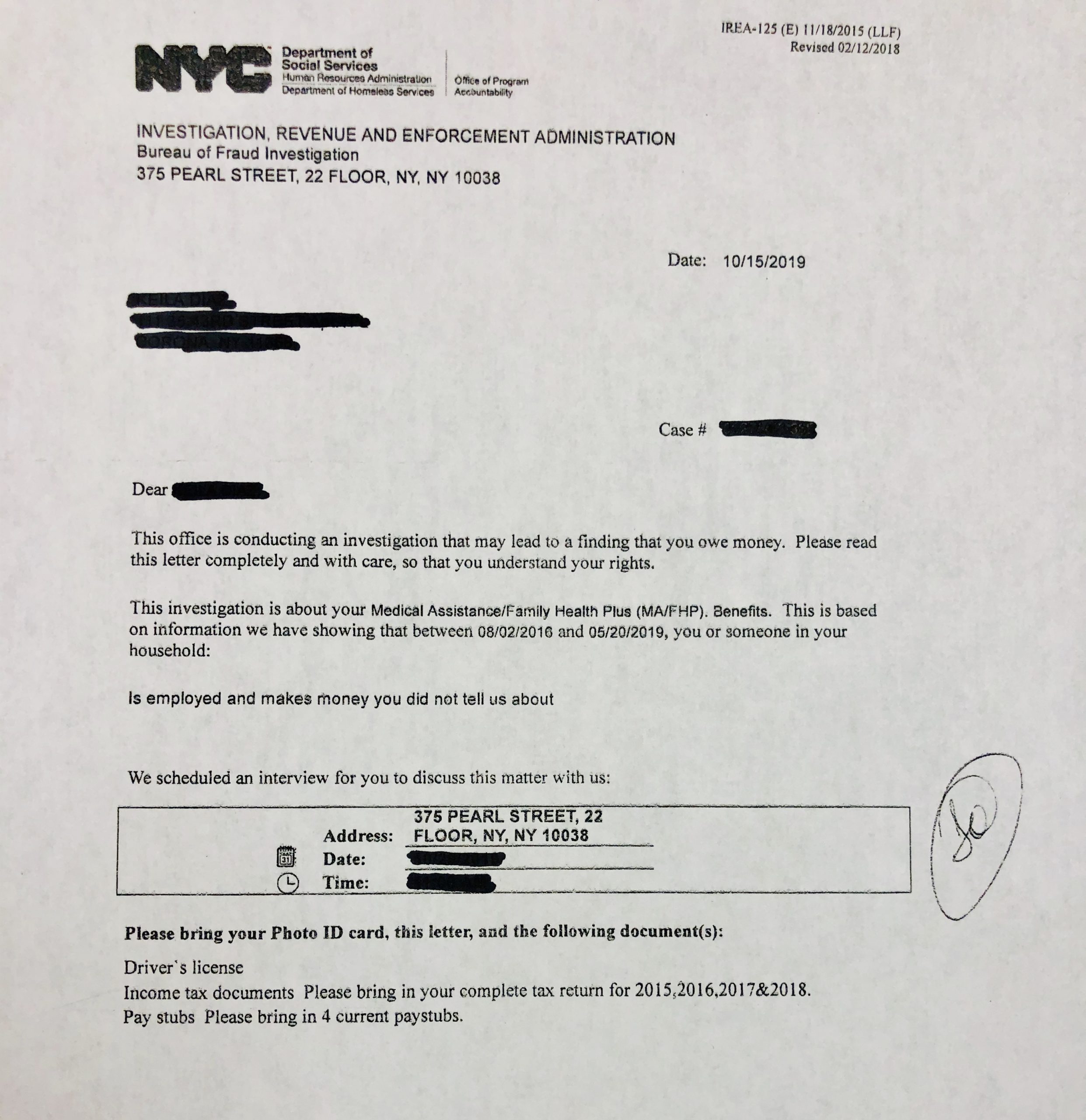 Receiving A Notice Of Fraud Investigation

If you received this document, it’s important that you take the right steps and immediately hire an attorney. Hiring an attorney will assure that your investigation will run smoothly and easier with their help. Once you hire an attorney, you must bring in all documents that were asked for. It is important to be aware, that if your have lied on your Medicaid documents , then the case goes to criminal court. Being under investigation is something that one must treat very seriously because it is a criminal investigation. Always be aware to never discuss your case with anyone, and to never allow anyone to review your documents from you unless they have a warrant. Never edit your documents and never tell anyone that you work with to lie.

Who Is First To Be Targeted For Medicaid Fraud

Many Medicaid and other public benefits learn that they are usually the first targets of an investigation. Once the case is flagged by the fraud investigators, an investigator is assigned to your case and soon enough, you will receive a letter from the Bureau of Fraud Investigations. Most investigations involve clients that’s haven’t reported their income in some way.

What Triggers A Medicaid Fraud Investigation By HRA

Knowing what can trigger a Medicaid fraud investigation is very important, one must always be aware to never provide false information on the Medicaid application. Lying about information such as income, assets, etc will trigger this as well. Forging and altering prescriptions can result in an investigation to be opened on you. Re-selling medications that have been obtained through the program, allowing someone else to use your Medicaid card to use your service, and using several Medicaid cards are many other things that can trigger a Medicaid fraud investigation.

What To Do After Receiving A Fraud Investigation Letter

Once you receive an investigation letter from the bureau of fraud investigations, you are called for an interview and it usually means that the investigation has just begun and the agency needs more information and evidence, with your statement it allows the investigators to add on more stuff in their documents to use against you. If you speak to the investigators on your own, you risk making your investigation worse for yourself and as a result it will only make your problems more difficult than they already are. Going to the interview on your own and submitting the documents without the help of an attorney can lead to you confessing to having committed a crime. Always be aware that this leads to the case being referred to the district attorney, which will then follow a criminal prosecution and everything that you have said will be used against you in court. Once your receive this letter, immediately hire an attorney and submit all documents necessary. Do not speak to an investigator on your own, under any circumstances.

What Are My Rights If Arrested For Medicaid Fraud

Punishments For Being Found Guilty Of Medicaid Fraud

When one is found guilty of Medicaid fraud, there are many different types of punishments that one could receive. One may be able to repay the Medicaid for the benefits that were received and taken advantage of. Some people have also went to prison for these actions.  Another major punishment was the disqualification of receiving any Medicaid in the future.  Many people have also received civil judgements as well as liens on real property under their name. It’s also possible that one can lose their license, or have it suspended for a large amount of time.

Your Medicaid fraud case can be resolved with the help of the proper attorney before it gets into the hands of the district attorneys office. It is important to understand that both providers and beneficiaries of medicaid can be accused of Medicaid fraud. It is very common to have an investigator arrive at your door and begin to question you. Once you see an investigator, it usually indicates that you may be under a medicaid fraud investigation. Always remember to contact your lawyer right away, and to not speak to the investigator without an attorney because it can lead to accidentally incriminating yourself without you even realizing it.